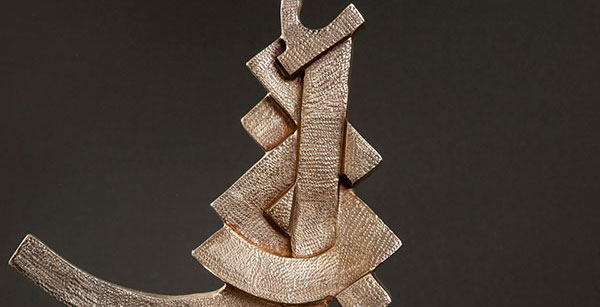 The shape of the word

What is a typographic sculpture?

The passion for letterforms, calligraphy and typography has been a personal interest and a legacy of our design house for over three decades. It took on various forms, from freehand calligraphy to logotypes to award-winning Arabic typefaces. A natural next step was to give this passion its fourth dimension by converting the flat, yet vibrant words into free-standing typographic sculptural works that punctuate the cityscapes as artistic landmarks.

Turning a word into a three-dimensional object is not difficult, but the challenge lies in imbibing this object an artistic quality.

As for art pieces, it is of essence that the word form is born in a moment of passion. A moment when the artist is ‘uttering’ the word with the right emotion, only this utterance is visual rather than vocal. The core of the effort is beyond a mere composition of the letterforms. It lies into shaping, combining and orchestrating these forms into a compelling whole that beholds the word’s meaning and significance. Evidently the letterforms do have a role to play, but more as tools or construction blocks towards the end result.

Voicing ‘Beirut’ as a hometown and a skyline, “Art” as a multiplicity of compositions that reflect the infinity of artistic expression; that is how they earn their legitimacy to be converted into typographic sculptures, be it large for public display, or even smaller statuettes or trophies for a more personal and individual experience.

The following pages are an invitation for you to explore the process and end result of our most prominent typographic sculptures, with the hope that it will be a doorway to many more. 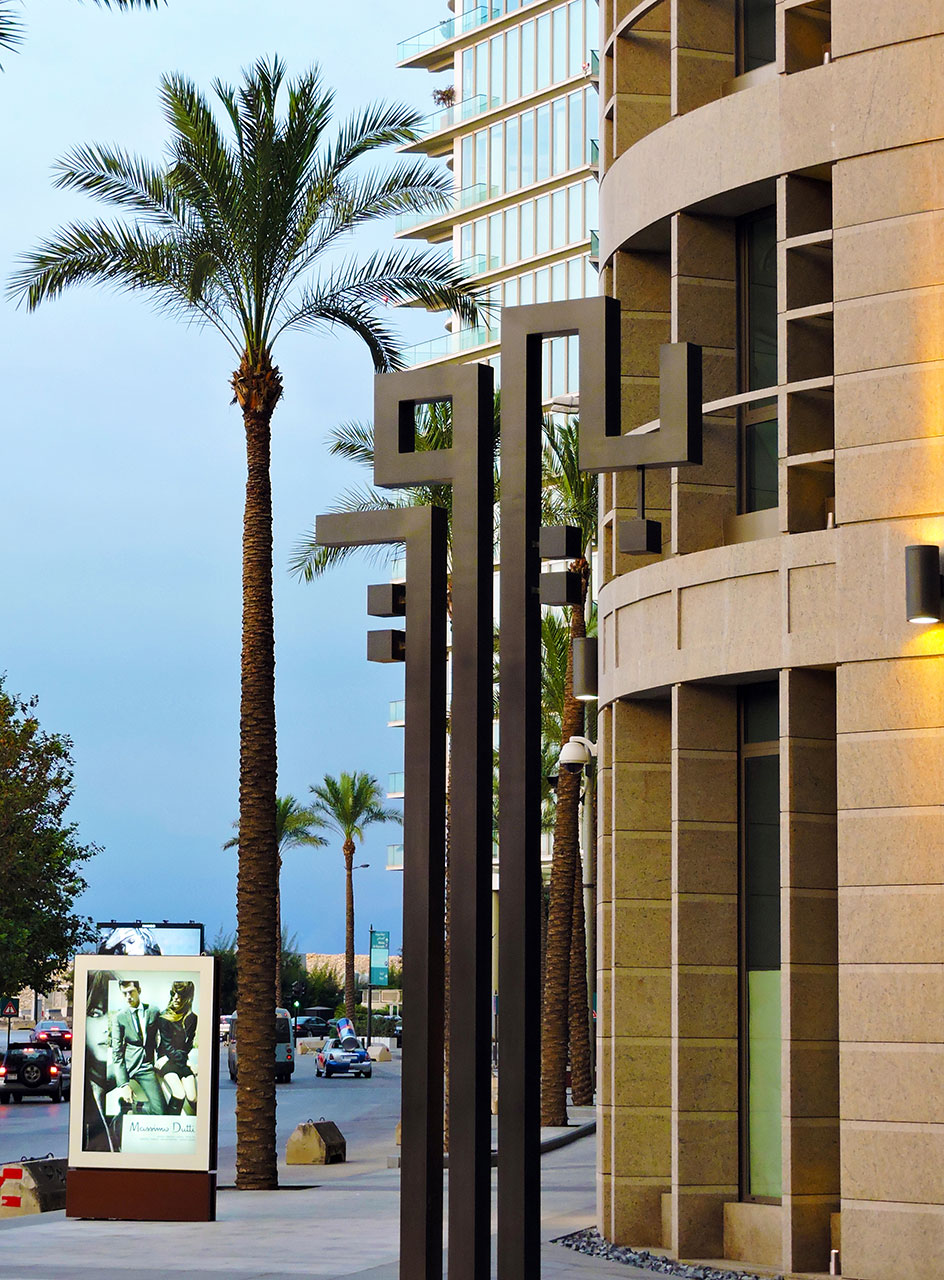 Initially presented in 2012 as part of Beirut Art Week, this Neo-Kufic typographic interpretation of ‘Beirut’ stands tall as an imposing monument in downtown Beirut.
Words from the Designer: “I see Beirut in this sculpture; I only see Beirut itself and no other city. As a design, it belongs to what is now referred to as word art.” 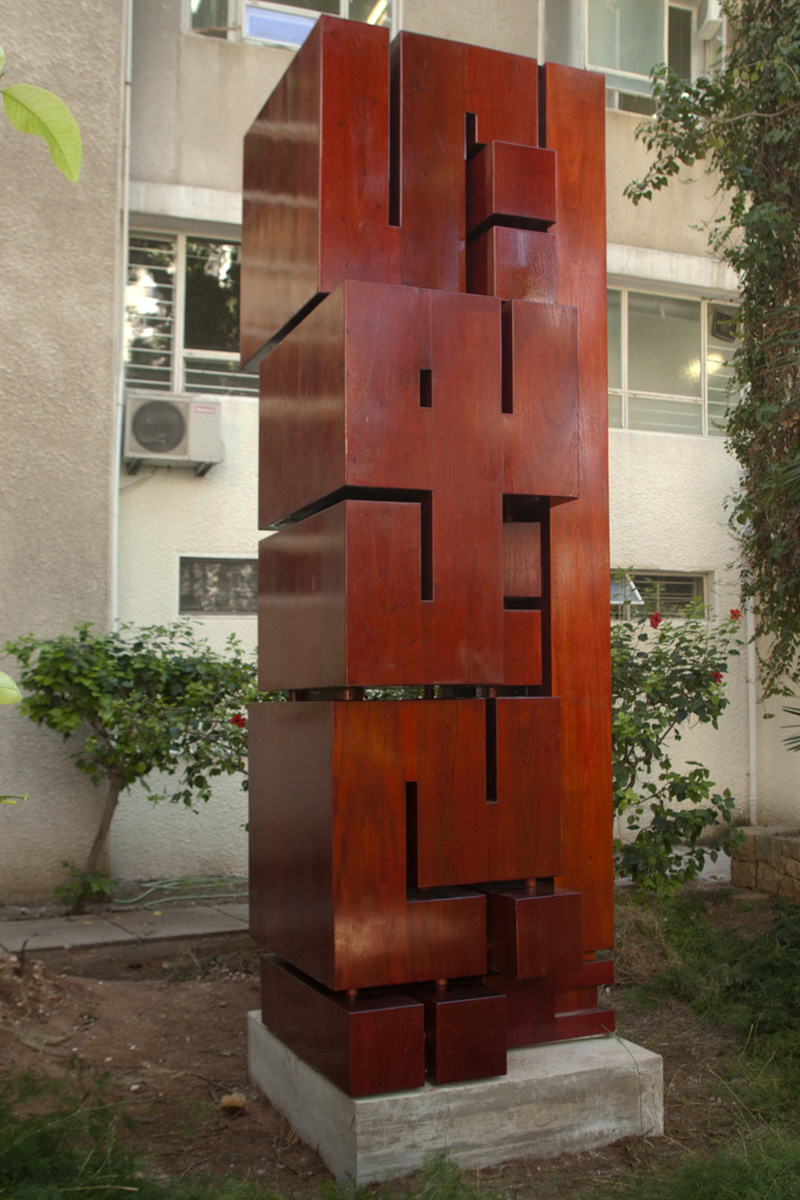 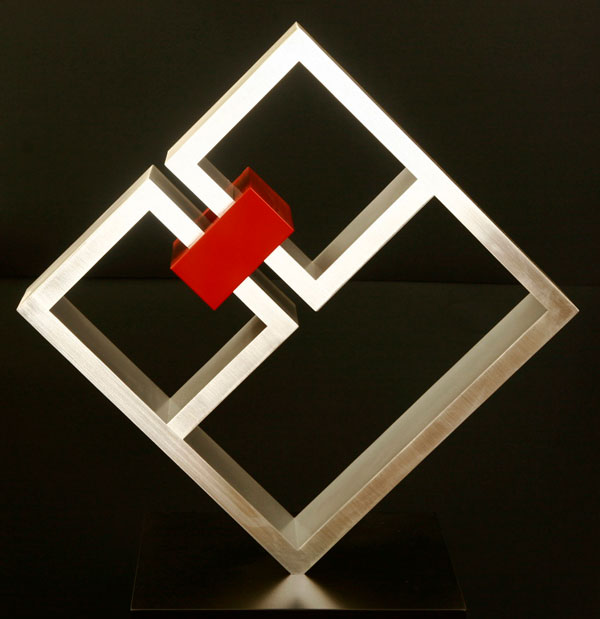 The Arabic word ‘Fann’ is composed of two letters, of which the forms present some affinity, repetition and rhythm: both rounded and punctuated by a dot, giving plenty of room for visual playfulness.

This series of typographic sculptures started more as an experiment, an exercise, an exploration of the infinite variations that can be created with a single word. By definition, art for art’s sake. Or ‘fann lil fann’, as stated in Arabic.

The result: a showcase of the immense flexibility of word forms, more specifically in the Arabic alphabet. The resulting shapes were turned into large sculptures and offered for public display over (time span) on the (name of the pool) in Downtown Beirut. 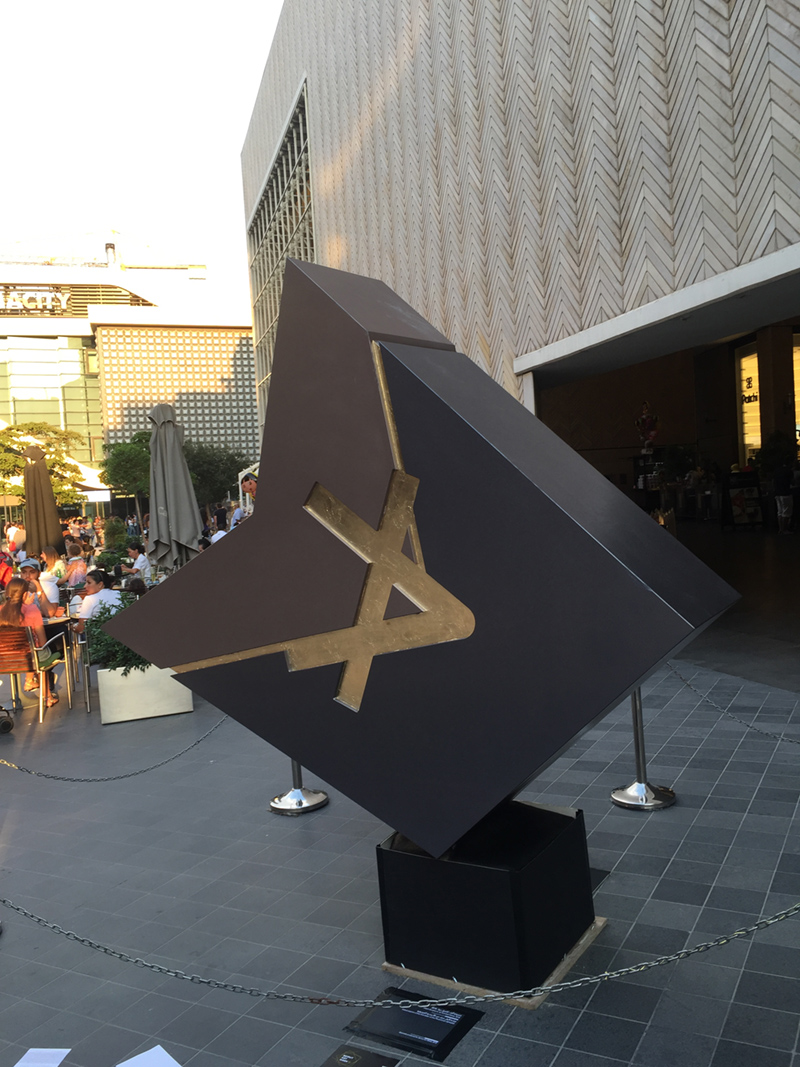 This sculpture is an artistic depiction of Aleph, the first letter of not only the Phoenician alphabet, but also of all alphabets. As Hawa’s contribution to the Beirut Art Week (September 13-20 2016), the sculpture was coincidentally, yet quite ideally erected amidst the Beirut Souks area in downtown Beirut facing Antoine Bookstore, one of the most iconic and historic bookstores of the country.

Aleph is the first of a set of 22 such interpretations, a Hawa’s dream-project in the making for the last two years, that of a sculptural typographic park in homage to the Phoenician Alphabet, considered by most scholars to be the mother of all modern alphabets, including Latin, Arabic, Hebrew and Aramaic. 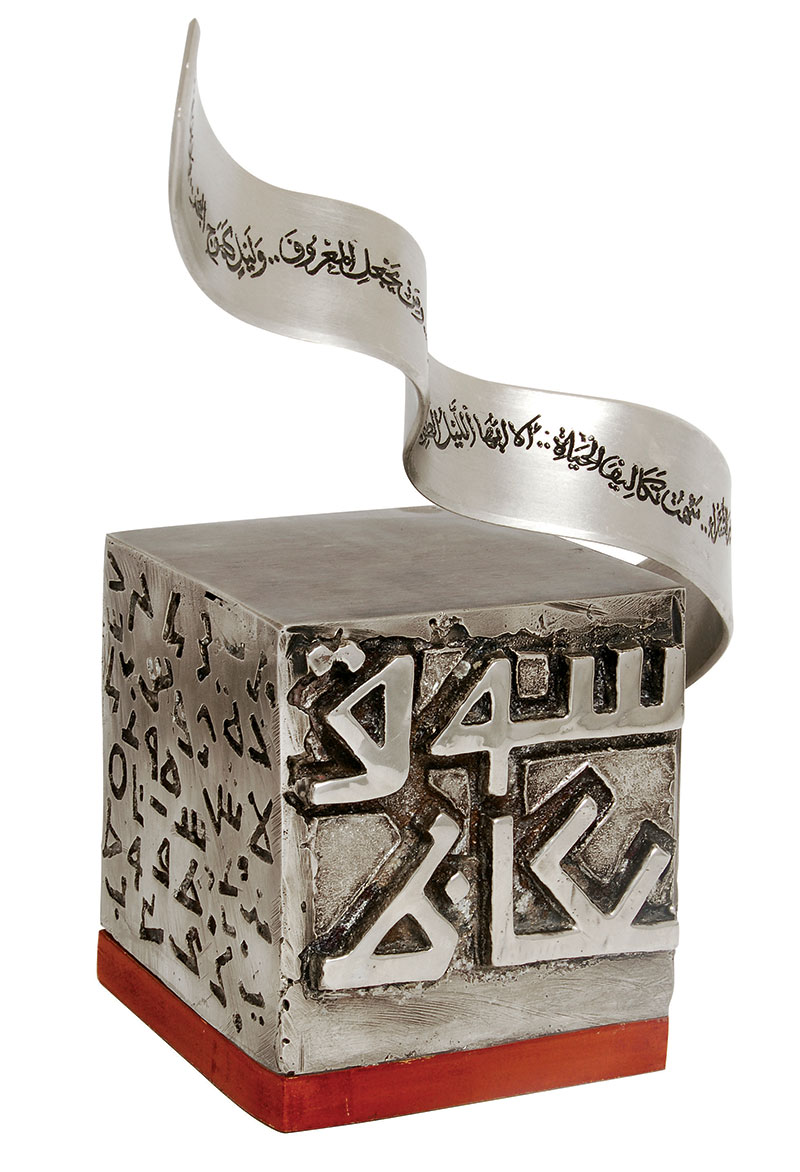 Celebrated as both a commercial and poetic event, the Sooq Okaz yearly festival’s main feature is the ‘Poet of the Year’ award for which this trophy is designed—one of the most praised trophies designs from Hawa’s collection. Sooq Okaz is believed to have culminated with the hanging of the winning poem—also called “Mu’allaqua” meaning “hanging”—on the Qa’aba, which is the main inspiration behind the cubic shape from which emanates the volatile, poetic scroll. The logo engraved on the cube is also one of Hawa’s word arts. 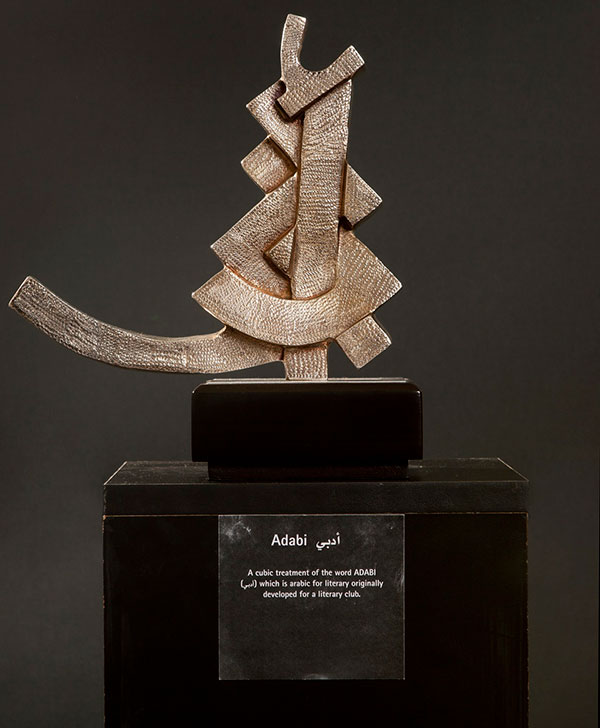 The Literary Club of Riyadh city is widely known as Adabi Arriyadh—Adabi meaning ‘Literary’. ‘Adabi’ was designed in a modern art style to reflect the avant-garde trend of literary circles. When the gift was produced, it was intended to be nothing less than a cubic art sculpture.

Trophy of the annual conference of the Arab Thought Foundation since (year) to date.

The shape is an artistic, semi-abstract interpretation of ‘Thought’—a head leaning on a fist in a thoughtful pose—dare-we compare it to a post-modern Rodin’s ‘Thinker’. The dot of the letter ‹fa› is heavy, embodying the burden of thought. The overall shape is that of a question mark, with the explanatory tag line: «What is thought but a question?»