I am thrilled and humbled at being asked to contribute to this exhibition, a few observations on Kamalhawa’s art. Hopefully the words I share will do justice to what is certain to be a thought-provoking, skilfully executed and wide-ranging show.

figuration, abstraction, design, fine art, etc. His practice is multi-layered in the depth and range of enquiry attendant on each theme and the manifold ideas and concepts engaged. If we take drawing as an area of enquiry he makes imagery with the precision of a designer steeped in the designer’s art, which sit alongside free-flowing sketches that encapsulate the emotional response to a pot of flowers or likeness of a sitter. His drawn images inspired by Arabic calligraphy, however, are located firmly within the scope of design and demonstrate Kameelhawa’s creativity and inventiveness in that discipline.

Sitting alongside his technical abilities as a draughtsman, Kameelhawa has a wonderful sense of composition and colour. These qualities are central to his body of work but are particularly significant in paintings from life whether on canvas or paper. Here the ability to make complete work in understated gestural statements imbue his pieces with charm. But his capacity to surprise the viewer can be captivating. I think particularly of the manner in which apparently simple linocuts or pencil drawings engage the eye by the juxtaposition of statements – a hard, firm outline against a wobbly shape contrasting with images barely visible on the paper. Such works posit a depth and breadth, which belie their simplicity of execution. Similarly the refreshingly bold still-life and figure paintings in which strident blocks of colour are orchestrated against paler forms in the background creating an instant feeling of depth and musicality. These qualities speak of Kamaeelhawa’s compositional and creative sense and indeed his sensitivity to life itself.

In life so much we say, observe and do goes unshared or even recorded, our vision colliding in a glance with the expression of another that read so much in that moment of visual contact whilst remaining undisclosed. Similarly we ingest a great deal from the shimmering qualities of light on a tree at dawn or the tonal beauty on a face as the eye follows the complexity of tonal value from soft shadow to light.  The poet attempts to express (I would say nail down) these ephemeral yet tantalisingly complex life moments with language; the sensitive artist does something similar with paint and other visual media.

Kameelhawa’s oeuvre encapsulates much of this. By the care he takes in placing next to each other pieces of colour, lines, tones and other creative statements – the sheer subtlety and precision with which they are made – I would say his art is love-song to life itself. He is not interested in the mere imitation of photographic representation instead his art seeks a greater truth, one that lies deep in the sub-layers of our presence on earth.

Kameelhawa’s art speaks to different audiences and those with a diversity of interests in the arts. Importantly, too, his cultural experience straddles Eastern and Western traditions, making him a particularly interesting and significant observer of life in our present-day world. 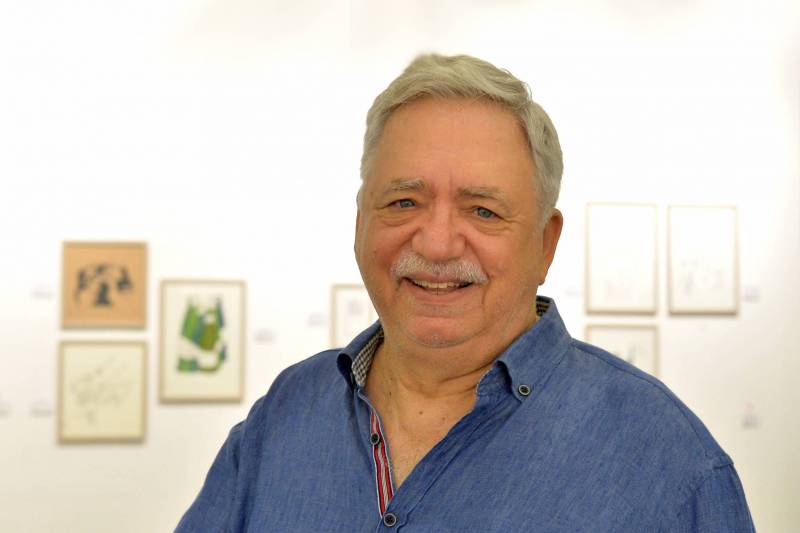